By: Director
In: Family, Lifestyle, News 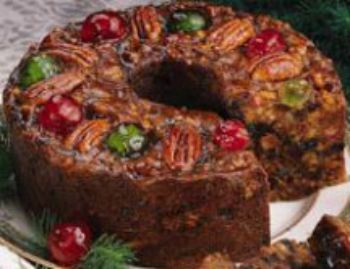 Family traditions become very important at this time of year. Handing down stories of ancestors brings families closer together, and helps children know they are part of something bigger than themselves. Many lessons can be learned from family heritage and heirlooms — but one family in Michigan has maybe not yet learned when it’s time to let go . . .

Julie Ruttinger has brought out her great-great-grandmother’s fruitcake for the Holidays. The cake is exactly 141 years old. It was the last one that her ancestor, Fidelia Ford, ever baked, and she didn’t get a chance to sample it, passing away before Christmas in 1878. So her family simply kept the fruitcake and passed it on, from generation to generation. Ruttinger received the fruitcake from her father back in 2013, and has faithfully kept it wrapped in wax paper and sealed inside a sterile cookie tin. She only takes it out during the Holidays so her family and friends can gaze upon it in awe. She never offers a piece of it to anyone, she tells local reporters.

The only one to ever taste the thing was Jay Leno, back in 2003, when he was hosting the Tonite Show. He persuaded Ruttinger to let him try a sliver, and then joked it might need more time to mature. Leno never complained of any aftershocks from his sample.

But still, Julie Ruttinger is not letting anyone else try it.