What parents need to know if using rideshare for their kids 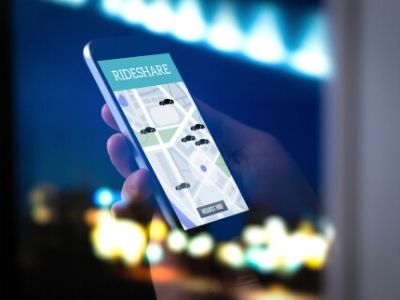 Parents lead busy lives, which has made it difficult in the past to take your child everywhere they need to go. Thankfully, rideshare companies offer a reliable alternative for everything from band practice to hanging out with friends.

While there are other companies working to address this specific need, most parents still rely on Uber or Lyft to get the job done. However, there are few things parents need to know about letting their children ride alone in these vehicles.

It’s easy to think that all rideshare drivers have been thoroughly vetted, ensuring your child’s safety. However, that isn’t exactly the case. While both Uber and Lyft have a vetting process, there have been numerous cases of drivers doing terrible things to their passengers says David Boehrer Law Firm.

Each company has also made it clear that they hire drivers with criminal backgrounds, which becomes a problem when those past convictions are severe. Many states also forbid any company from looking back more than seven years during the vetting process. It’s a scary thought, but it’s something that parents have to consider.

Did you know that Uber and Lyft prohibit any passenger under 18 to ride alone? It’s true, but it hasn’t stopped parents or drivers from making it happen. In most cases, drivers believe they’re picking up the adult until they arrive. At that point, they would lose money if they refused to transport the child.

In instances with older children, the driver may not even realize they are under 18. It’s important to remember, however, that any rideshare driver can ask to see I.D. and deny a solo underage traveler. As cases of malicious drivers have risen, it’s more likely for a driver to refuse the ride.

Part of their refusal is the extra responsibility that comes with transporting a minor. If they were in an accident, for instance, they would have to deal with your rideshare car accident attorney along with the consequences inadvertently harming a minor. That headache isn’t worth an average of $4.00 a trip.

At the same time, imagine how you would feel after finding out that your child had been injured in an accident while taking Uber or Lyft. While the same possibility exists when you are driving, not being there for your child makes the situation worse.

Schools across the nation are now refusing to let children be picked up by rideshare services. New policies ask that parents provide documentation of who can pick their child up from school, and have teachers or staff double-check to make sure each child is safe.

What all of this boils down to is that Uber and Lyft are not meant to transport minors. It might be convenient, but there are safer alternatives to chose from. Other companies have built their platforms for children with working parents, offering more in-depth vetting and working with schools to ensure a higher level of safety for all minors.

2020-06-30
Previous Post: How You Can Get Your Body Back After Giving Birth
Next Post: Tips for raising happy kids as a single parent