How A Misdiagnosis Changed Everything – A Child’s Life Changed Forever 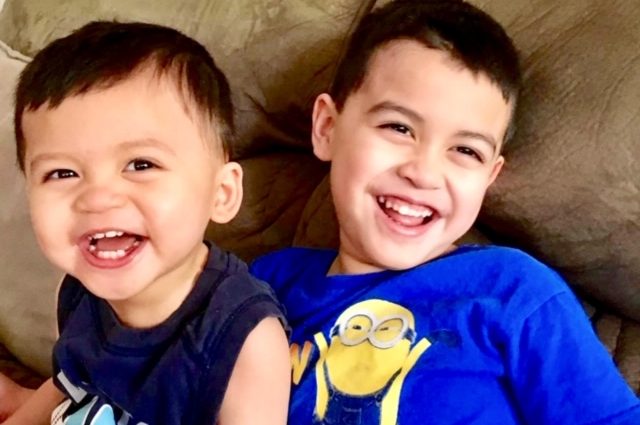 In 2015, everything began to unravel for Lorina Troy, who gave birth to her second son, JJ at that time. She already had an older son who was 4 years old at the time who was a normal, thriving child so when she had her second son, she expected him to the be the same. Unfortunately, this was not the case. Lorina and her husband Jason realized that JJ’s head was getting larger; doing so at a rapid pace. In fact, it was so obvious that Lorina began to worry about it continuously.

Then the baby began vomiting.  A lot.  After being diagnosed by the pediatrician as having a stomach bug, never mentioning the size of his head, Lorina began to exhale…but her new calm didn’t last long. It became obvious that JJ wasn’t improving so Lorina went to the doctor once again.  This time, it was urgent care because the timing didn’t line up with the pediatrician’s hours. Once again, the doctors agreed with the original pediatrician’s diagnosis. So Lorina took JJ to the hospital, where she convinced them to do an MRI on JJ’s head. This is the point at which her entire life – as well as that of her children – changed forever.  The doctors returned with a new diagnosis: child abuse.

The MRI had revealed a buildup of fluid in JJ’s brain. Even though this could have come from a number of legitimate medical concerns, they defaulted to child abuse, not knowing anything about the Troy family at all. As a result, both children were removed from the Troy home and Jason was charged with felony child abuse. And it only got worse from there.

You see, the Troy’s, like any other family with an American dream, had saved to get their dream home.  Once this diagnosis came in, Jason lost his job, his security clearance, they lost their home, and incurred over $80,000 in legal fees just to get their children back.  All from the result of a misdiagnosis and all because a doctor didn’t take the time to ask the “right” questions. And, ironically, after 2.5 years, JJ was correctly diagnosed with Benign External Hydrocephalus. Once this happened, the charges were dropped against Jason, and the parents regained custody of their children.  But, their lives – and their family – were forever changed…all because of the consequences of a misdiagnosis.

The term hydrocephalus is derived from the Greek words “hydro” meaning water and “cephalus” meaning head. As the name implies, it is a condition in which the primary characteristic is excessive accumulation of fluid in the brain. Although hydrocephalus was once known as “water on the brain,” the “water” is actually cerebrospinal fluid (CSF) – a clear fluid that surrounds the brain and spinal cord. The excessive accumulation of CSF results in an abnormal widening of spaces in the brain called ventricles. This widening creates potentially harmful pressure on the tissues of the brain.  And while this is more common than the reader may think, it is also even more commonly misdiagnosed as child abuse, leaving the family in disarray and the child without the proper care.

According to numerous reports, “the number of people who develop hydrocephalus or who are currently living with it is difficult to establish since the condition occurs in children and adults and can develop later in life. However, it is estimated over 1,000,000 people in the United States currently live with hydrocephalus. It is currently believed for every 1,000 babies born in this country, one to two will have hydrocephalus. And it is the most common reason for brain surgery in children.”

While the symptoms of hydrocephalus vary, so do the diagnoses.  More and more research is being done on this but, just as with the Troy family, it is incredibly important for parents to have the option for second and third medical opinions.  In their case, what one pediatrician missed turned into multiple doctors not taking the time – or interest – to find out the real facts of the case.  And that, for JJ and his brother, changed their lives forever, taking away time with their parents they can never get back.

Eventually Lorina did regain custody of her children and after this, Lorina became an advocate for families like hers, putting her life’s work into helping others with misdiagnoses. Today, she consistently lobbies lawmakers to change laws on getting second medical opinions, and the role of Child Protective Services in instances like these.   In fact, for those that don’t know, this is, sadly, far more common than we can even conceptualize.  Lorina is also raising awareness of Hydrocephalus and stories of misdiagnosis like hers and many other families across the country. A published author of “Miracles of Faith,” Lorina hopes to help prevent other families from going through what she did. To learn more about Lorina and her children’s courage, and how you can impact the way diagnoses are made for children, please visit Westbow Press, A Division of Thomas Nelson & Zondervan.

2020-05-01
Previous Post: Taming an Overgrown Backyard During COVID-19 Restrictions
Next Post: Taco Meat: How to Make it?