The Story of Lorina Troy 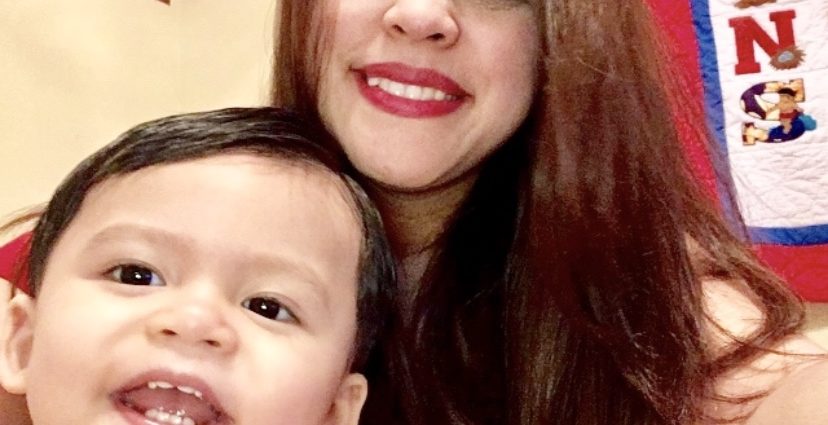 When Lorina Troy’s second son, JJ, was born, she had no idea there was any potential problem with her child. She did not know that an ultrasound near the end of her pregnancy had shown JJ’s head to be two weeks larger than normal. No doctor mentioned there being any abnormalities when JJ was born, even though his head was still bigger than usual. Even after his birth no medical personnel said anything about JJ’s head continuing to grow. Lorina thought she had a perfectly healthy baby.

After returning home with JJ, he started vomiting excessively. Lorina took him to their pediatrician where he was diagnosed as having a stomach virus. They were sent home with some Pedialyte®. But the vomiting didn’t stop. Lorina took JJ to an urgent care facility and eventually a children’s hospital. All agreed it was just a stomach bug.

Eventually, Lorina managed to get the doctors to do an MRI on JJ. They discovered there was a fluid build-up in her son’s cranium. They immediately assumed the worst and accused Lorina’s family of child abuse. She asked for a second opinion but was denied. So, in May 2015, Lorina’s children were taken from her and placed in foster care for five months.

JJ’s father, who worked at a top-secret government job, was charged with felony child abuse. This caused him to lose his job. Neither he nor Lorina had any criminal record or prior involvement with Child Protective Services (CPS). But now, Lorina was only able to see her children for 2 hours twice a week at a visitation center.

The family went through several attorneys trying to find one that would defend JJ’s father’s innocence, discover their son’s correct diagnosis, and give JJ’s father a way to restore his reputation. Despite selling their house to cover attorneys’ fees, Lorina’s family ended up losing over $80,000 in fees, medical expenses, and lost wages.

It took 5 months to regain custody of her children and it took two-and-a-half-years to get a correct diagnosis of Benign External Hydrocephalus. Hydrocephalus is a buildup of cerebrospinal fluid (CSF) in the hollow places inside the brain. These hollow places are called ventricles. Cerebrospinal fluid is saltwater that’s made inside the ventricles. In normal conditions, it flows around the brain and spinal cord, cushioning them. It also sends nutrients to the brain and takes away waste. Then it’s absorbed into the bloodstream, and new, fresh CSF takes its place. However, a buildup of CSF can put pressure on the brain causing many symptoms including a rapid increase in head circumference, fussiness, tiredness, poor appetite, vomiting, eyes that stay looking down, seizures, and slowed development.

Hydrocephalus can happen if the flow of CSF is blocked, not enough CSF is absorbed into the bloodstream, or the brain produces an excess amount of CSF. And children can either be born with it or develop it after birth. Hydrocephalus can be caused when a baby’s spinal cord does not fully develop, when CSF flow between the ventricles inside the brain is blocked, from infection during pregnancy, complications from a premature birth, bleeding in the brain (from a stroke or brain injury), a brain tumor, or an infection in the brain.

In JJ’s case, he was born with Hydrocephalus, which was probably due to his cerebrospinal fluid not being absorbed into his bloodstream quickly enough. The resulting buildup of fluid caused his vomiting and enlarged head. However, when doctors did an MRI of his head, they saw the fluid buildup and immediately assuming it was the result of trauma from child abuse. They could have investigated further with an ultrasound or CT scan, but they did not.

The outlook for someone with hydrocephalus depends largely on the extent of the symptoms. Many children experience lifelong brain damage. By working with professionals including pediatricians, special education teachers, mental health providers, occupational therapists, developmental therapists, and pediatric neurologists, children can learn to manage their disability and lessen the lifelong effects. Luckily, JJ was diagnosed with Benign External Hydrocephalus, which usually causes no lasting ill effects and resolves on its own by around age two.

The two-and-a-half-year tribulation has left Lorina and her family trying to heal from the trauma of separation, legal battles, and financial loss. Lorina has become an advocate for families like hers that have experienced devastating results from a child’s misdiagnosis. She lobbies lawmakers to change laws on getting second medical opinions and the role of CPS in instances like these. She also talks to the press to raise awareness of Hydrocephalus and stories of misdiagnosis like hers and many other families across the country. Lorina says, “Our strength came from our faith, our prayer, and the love and support of family and friends. But we went through the most challenging events of our lives, and it has strengthened us.”

2020-04-07
Previous Post: How Packaging is Developed
Next Post: Bored? Here Are Some Things to do in Quarantine!